Nestled on the east end of O'ahu Hawaii Kai has plenty to offer Hawaii home buyers. Shopping is close, the beaches are fabulous, there's a marina and the commute into Honolulu is manageable. Homes offer glorious views of Koko Head crater and the Pacific.

It is hard to believe that the planned community of Hawaii Kai was once a vast wetland. Now the neighborhood represents one of the wealthiest areas on Oahu. Besides featuring top public schools, the community features a variety of dining and shopping options and high-priced real estate. If you are seeking to live in a dream property, you can easily make your wish come true by settling in Hawaii Kai.

Home to the popular snorkeling venue Hanauma Bay State Park, Hawaii Kai also features dolphin swims at Sea Life Park and bodysurfing at Makapu’u Beach. While the area has been developed extensively, Hawaiians have also made sure that they preserve the scenic landscape. Living well in Hawaii Kai means enjoying waterside activities, and engaging in sports, such as snorkeling, surfing, biking, hiking, and boating.

The Festival of Lights

Hawaii Kai hosts several community events each year, including the popular Festival of Lights Boat Parade. During this celebration, locals hang decorations on boats during the holidays. Afterwards the festive watercraft are paraded in the marina adjacent to the Hawaii Kai Towne Center.

In fact, the marina serves as the center for the community, giving this part of Oahu a Venetian feel. As a result, some of the waterfront residents keep their boats in their backyard, always ready to enjoy a day on the water. Non-waterfront residents can find numerous boat ramps to dock their own sea-going vessels as well.

If you commute to Honolulu from Hawaii Kai, you will arrive downtown in about 30 minutes, provided you leave early. You can also take the bus, picking up public transport at several stops in the area. Most people drive or carpool with a small part of the population taking the bus or walking and cycling.

Before Hawaii Kai became what it is today, it was known as Maunalua, a native Hawaiian word that refers to the area’s two mountains, or Koko Head and the Koko Crater. Early Polynesians caught bounties of fish in peaceful Maunalua Bay and built Hawaiian temples called heiaus in the area.

Much later, the area was separated into farms. However, a tsunami destroyed many of the barns and homes, turning the vast area into pig farms and swamp land. Finally, in 1961, Henry Kaiser, an entrepreneur. dredged the marina and developed the land, turning the community into its current form today.

Presently, the median home value of Hawaii Kai real estate is $968,000 while homes list just under $1,000,000. About 85% of the residents own their homes while 15% rent. The area is home to around 28,000 people, with the average age being 45 years old. There are slightly more women than men, as 51% of the residents are female and 49% are males. Most of the people are married without children, although a large number of couples with children live in the neighborhood as well.

The main shopping complex in Hawaii Kai is the Hawaii Kai Shopping Center at 333 Keahole Street, providing a variety of options in dining and shopping, and being home to Safeway, Longs Drugs, a bank, and numerous local shops.

Enjoy the sand and surf as well as spectacular sunsets at places, such as Kuliouou Beach Park, at 100 Bay Street. If you like to hike, head on over to Koko Head District Park at 423 Kaumakani Street, which features the Koko Head hike, as well as facilities containing a gym and weight room, six tennis courts, and three softball fields. An outdoor volleyball court and two outdoor basketball courts are available for use too.

The Koko Head hike is another name for the Koko Crater Railway Trail – a path that is comprised of hundreds of steps of a vintage railroad track. Once you reach your destination, you are rewarded with panoramic views of Koko Crater and Hanauma Bay, including a vista featuring Diamond Head and the windward coast. Life does not get much better than this. 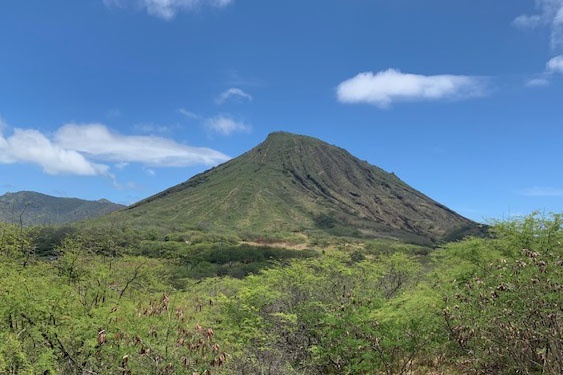 Find a Home in Hawaii Kai

See All Neighborhoods
Based on information from the Multiple Listing Service of Hicentral MLS, Ltd. Listings last updated on May 16, 2022 1:16:am. Information is deemed reliable but not guaranteed. Copyright: 2022 by HiCentral MLS, Ltd.